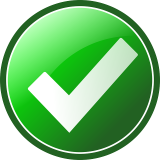 Active SEERS members are eligible to vote for SEERS President-Elect and Program Chair. Please read the candidates’ statements below, then log in at https://seers.wildapricot.org/Sys/Poll/32898 to make your choices! Voting opens Feb. 28 and closes Mar. 20, 2022 at midnight.

The candidates’ biographical statements are:

SEERS is a great environment for interaction amongst multi-disciplinary and diverse scientists. I remember attending my first SEERS meeting as an undergraduate; that it was an environment where students could meet the experts in the region and ask questions around an oyster roast, chat about graduate school options, or the best field sampling gear to use.  While that first SEERS meeting was back in my undergraduate days at the University of Tampa, participation on the SEERS governing board started in 2005 as the Student representative while attending UNC Wilmington graduate school. My research focused on seagrass ecology and physiology in Florida Bay and the Indian River Lagoon.

After graduation, I was in academia for eight years, much of it teaching, including plant physiology, cell biology, ecology, biological oceanography, and environmental science at the University of North Florida and UNCW. Scattered among these years I worked various jobs such as monitoring in Florida Keys National Marine Sanctuary, water quality collection and analyses for the NC Lower Cape Fear River Program, testing coral in situ respiration instruments in Puerto Rico, and teaching spin classes. I served on the SEERS board as Program Chair (2010-2012) and Treasurer (2013-2017) and had a great time organizing the Carolina Beach 2014 meeting.

In 2016, I started at the South Florida Water Management District in West Palm Beach as a coastal scientist with a focus on seagrass ecology and estuary monitoring. In 2020 I transitioned to the Ecosystem Restoration Planning section, where I interface between project managers of the Comprehensive Everglades Restoration Plan projects and the scientists conducting environmental monitoring. I truly enjoy working in such a collaborative, multi-disciplinary field that provides the opportunity to bring to the table new tools and the latest scientific studies to real-world environmental restoration and management discussions. The SEERS organization and meetings provide such beneficial collaborative platforms for sharing ideas about future studies, new information and technology, and application of knowledge in the southeast region.

Shannon Gregory graduated from Augusta University with a Bachelor’s in General Biology concentrated in Ecology in 2014.  As a student she participated in undergraduate research by studying the effects of climate change on fiddler crab limb regeneration, tracking turtle hatchlings released into a local wetland, examined the maternal transfer of mercury in turtle hatchlings, and observed stress hormone fluctuations in tree frogs.  In addition, Shannon began volunteering with Satilla Science in 2014, a passion that she has since continued.

Shannon went on to graduate from Clemson University in 2019 with a Master’s of Science in Wildlife and Fisheries Biology where she studied the occurrence of feminization of male blue crabs exposed to endocrine disruptors; a project that she has chosen to continue.

After graduation, Shannon went on to work at Savannah River Ecology lab where she assisted on several projects including tracking the potential spread of Rabies in raccoons and opossums, the re-introduction of gopher tortoise hatchings into the wild as part of a head-start program, toxicology experiments among multiple generations of mosquitos, and examined the reproductive potential in wild boar populations in Japan following the Fukushima nuclear disaster.

Shannon began her affiliation with SEERS as a member in 2015 and has gone on to present her research at multiple conferences.  In addition, she has volunteered to help where needed at both SEERS and CERF conferences over the years.  Upon finishing her college career, Shannon has expressed her interest in serving further roles within SEERS as a way of giving back to the organization that has supported her and supporting the next generation of estuarine scientists.

Your generous donations fund travel awards to help student members attend SEERS and CERF meetings (unless you designate an alternate use for your gift). SEERS is a 501(c)(3) nonprofit educational organization.

SEERS annual dues now secure your membership for the 12-month period after joining rather than the calendar year. We encourage all of our members to stay involved by renewing their memberships. Thank you for your continuing support!

Thanks to our Meeting Sponsors